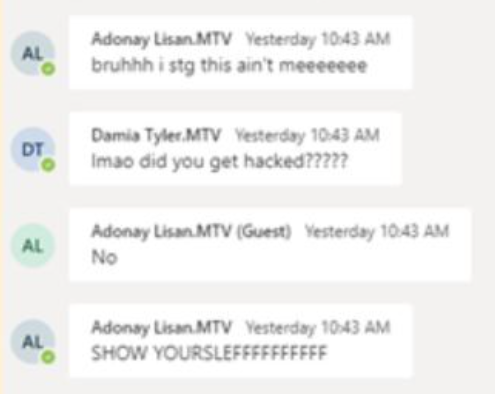 When the passwords for student Microsoft accounts in DSST Montview were reset universally, people sometimes forgot to change their passwords, and this led to somebody logging in to a large amount of accounts and getting many people in hot water for things they never did.  Though the issue was fixed by forcing everyone to change their passwords, nobody knows who logged in the accounts, and maybe something else can be learned from looking back into it.

On 8/26/2020, the hacker logged in to Adonay Lisan’s account at 10:37 AM and started talking as if they were Adonay. However, this didn’t work, as the real Adonay was in the meeting at the time. 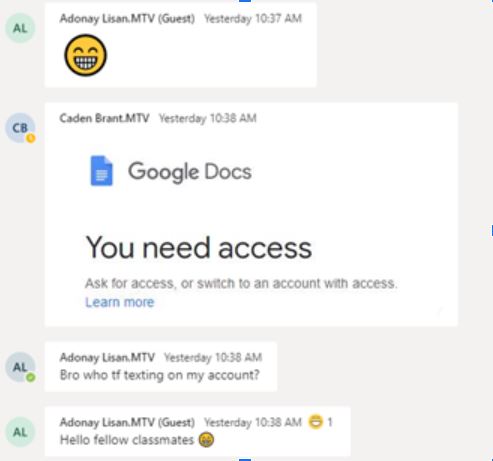 At this point, the hacker got aggressive, stating “this is MY account,” and continued to post in the chat for the rest of class to try and get Adonay in trouble. After this, the hacker left the meeting. 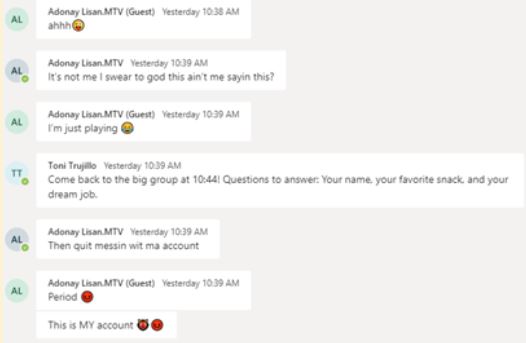 After an interview with Adonay, we learned that he didn’t know who the hacker was, or why they did it. 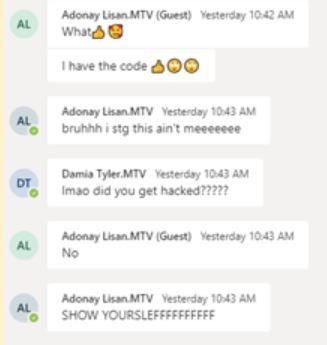 On 8/27/2020, the hacker logged into Connor Lamb’s account and cussed repeatedly in the meeting chat of Mr. Seeloff’s class, starting at about 11:16 AM.

In messages with Damia Tyler, Connor claimed to not be in class at the time, instead trying to catch up on earlier classes. After this, the hacker also then left the meeting. 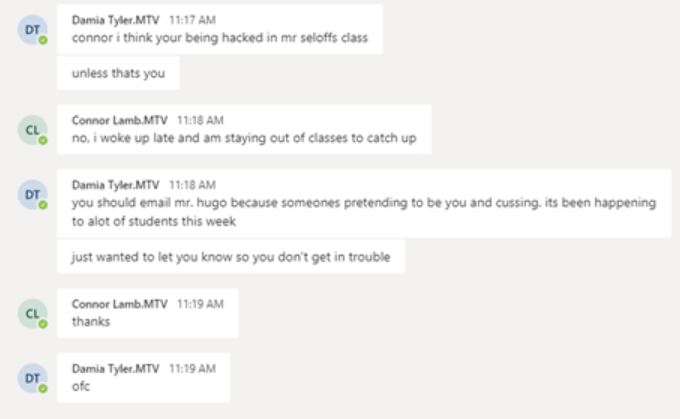 The hacker has been seen using a large amount of emojis every time they pop up, and has tried to get people in trouble numerous times. However, after everybody’s passwords were reset, the hacker has been unable to get into any other accounts, suggesting that they either quit or don’t have the ability to get people’s passwords. However, though they may have been halted by this, nobody seems to know who they are, and some people don’t even know there was a hacker. If you have any information about the Teams account hacker, contact Nicola Sbrocca. Though nobody knows who they are, they still caused a lot of people trouble, and it’d be great if we could catch them.